Free Shipping On Orders Above ₹499

What Are Minimalist Paintings And Where It Came From?

Minimalist painting is an extreme form of abstract art developed in the United States of America in the 1960s. It is composed of simple geometric lines, shapes, forms, etc. There is no element of expression, social agendas, biography, etc., in minimalist paintings. In simple words, it is a purified form of beauty and truth.

The exquisite beauty of these art pieces lie in the basic elements they have, without putting in too many together. Due to such a strong focus on basic elements, Minimalist Paintings are known as ABC Art. Minimalist art is not just about paintings but a lot more than that. It grew to emerge across other genres such as Land Art, where artworks are made in landscapes, creating sculptures on and from the earth. Minimalism also adds up to the light and space movement.

One of the most striking characteristics of minimalist line art, an extended part of minimalist art, is the repetition of simple geometric figures such as lines, squares, circles, etc. shown with precise transition to convey whatever the onlooker sees it as. It deviates from reality and makes its own impression on the minds of the viewers. Minimalism focuses on exposing the essence or essential elements of a subject, eliminating or avoiding any non-essential features or concepts. This basic, yet convincing art form is also famously known as ABC art for its simplicity and fundamental representation of ideas.

The development of minimalism

Minimalism emerged in the late 1950s and early 60s. Artist Frank Stella’s minimalist paintings were exhibited at the Museum of Modern Art in New York in 1959. It began to turn away from the gestural art of the previous generation when the younger artists around the world actively rejected abstract expressionism. It flourished more in the 1960s and 1970s, with Dan Flavin, Carl Andre, Donald Judd, Agnes Martin,  Sol LeWitt, and Robert Morris becoming the movement’s most important innovators.

The art movement was a path-setter with artists focusing on highlighting the very true essence of the medium and the material. Through the removal of decorative, figurative, and representational elements, minimalist art focused on the textural and material elements in a pure abstract form.

Minimalist paintings depict truth and honesty with the aesthetic quality of materials like canvas and colors, and concepts used to make an art piece. As the name itself goes, the minimalist art form doesn’t appear too complicated or shabby with too many elements. Instead it’s simple and pure without any pretension to represent anything other than what it is.

This purity of art makes it apt for people who look for an organised space with more air and freedom from sophisticated vibe. Other than making a good show piece, these paintings also give the onlookers a more settled and content vibe, bringing them close to the basics of life.

In the end, we want to conclude that Minimalism paintings give us a highly purified form of beauty. It represents qualities such as:

1)Truth, as it does not pretend anything- it is what it is,

The Ultimate Guide: How to Apply Credit Card Skins Like a Pro 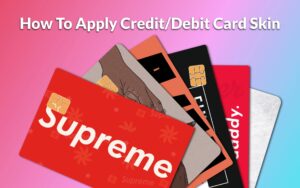 How to Apply Credit Card Skin

No products in the cart.